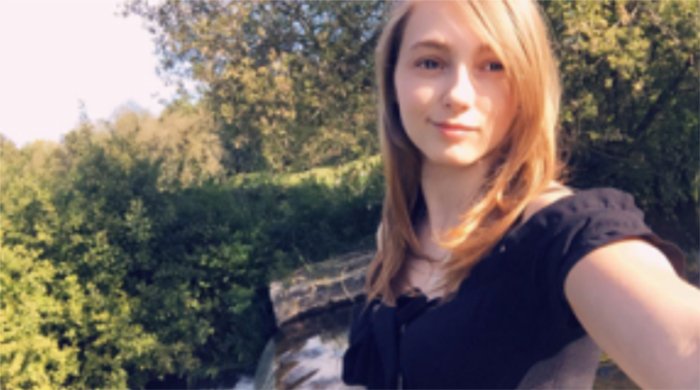 The Orca Project is a pragmatic, conceptual idea that Peter J. Burns III believes can make beach areas safe from shark attacks in a way that’s both prudent and ecological.

Dean, a marine biology major, wrote an article about her experience in South Africa observing a pair of Orcas successfully hunting sharks in the area.

Burns read the article, reached out, and now the pair are collaborating on making The Orca Project an entrepreneurial business plan.

The 21-year-old says she’s always had a bit of an interest in sharks.

“I’ve always loved to fish and I love watching shark documentaries,” she says. “I’ve always admired how powerful they are and also how well-engineered they are.”

During a gap year at university, she traveled to South Africa. She wanted to see firsthand if stories she’d read about a pair of Orcas—apparently shunned from their pod—who were documented as taking down very big sharks, were true.

“When I got there in 2018, it was winding down, but I got to see it for myself,” Dean says. “I wrote the article about it, and it was a big surprise to get the message from Peter saying he read it and wanted to talk about a project that had a similar background.”

Dean and Burns believe local beach communities can alleviate shark problems by synthesizing the smell or sound of Orcas and “broadcasting” it in ocean waters. This would theoretically create a natural “shark repellent” that could divert sharks away for up to a year at a time.

Dean is busy at work on a business plan for The Orca Project. As project manager, part of her task is to round up a team of scientists to fill key roles for the endeavor. Eve Dean is a participant in the Millennial Queen program for business-savvy women. To get more information, reach out through the chat feature on the Millennial Queenmaker Website.